Why double bed at Ranjan house..? If Ranjan watch adults only movies why Rajapaksa getting conceived..? Nandasena beats Sirisena.! Ranjan released on bail 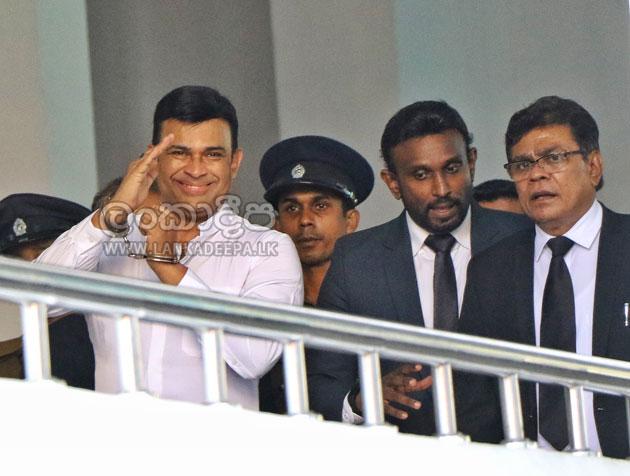 (Lanka-e-News 05.Jan.2020, 11.30PM)  Former minister Ranjan Ramanayake who was arrested yesterday for possessing a firearm which was given to him by the government which its license has expired, was produced before the Nugegoda magistrate today and was released on bail.

Ranjan was released on two personal bails worth Rs. 500,000 but was issued a travel ban. It is unknown under what provision of the surety law a travel ban was imposed for an expiry of an annual license of a firearm. The magistrate should explain why a travel ban is imposed if a person is produced before the courts for the expiry of his annual vehicle revenue license.

Why Rajapaksa get conceived when Ranjan watch adult’s only movies The sordid kudu media advertise that pornographic DVD’s were found at Ranjan’s house. Ranjan is an actor, a film director and a producer. Meanwhile he is a 50 year old adult.

The police or the sordid media should explain why Rajapaksa is getting conceived when Ranjan watch adults only movies.

The police has questioned as to why a double bed is at Ranjan’s house where the latter is a single.

When the good governance came to power following its victory, it first arrested and remanded not an opposition politician but a ruling party politician Palitha Thewarapperuma for his violent behavior. The good governance arrested the former ministers of the Rajapaksa vandalism, not for silly reasons but for factual murders and corruptions.

However Nandasena hunted Champika for an old accident court case which was ended following proceedings. Rajitha was arrested for convening a media communiqué. Now Ranjan was arrested for an expired license. These allegations are not even worthy.

However all these respondents have been given a travel ban. That means Nandasena is afraid of somebody leaving the country with information’s.

It appears before Sirisena became a Joker, Nandasena is going to become a Joker pretty soon.