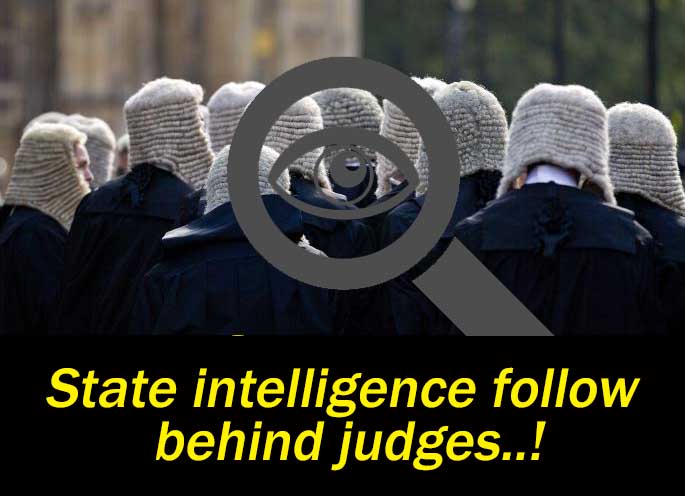 (Lanka-e-News -20.Dec.2019, 11.00 PM) Gotabhaya's extremist government, has started to compile a comprehensive report on all the judges' secrets through the State Intelligence Service (SIS)

The list includes all Supreme Court and Court of Appeal judges, as well as a select few High Court and Magistrate Court Judges.

With the arrival of the newly appointed Brigadier Suresh Saleh as the head of the State Intelligence Service, this strange type of security report over judges has begun to prepare.

A similar situation occurred with Italian intelligence when Gotabhaya Rajapaksa was the defense secretary.

Most important of all, the present Gotabhaya government does not have an official defense minister. It is also likely to cause major legal problems in the future.