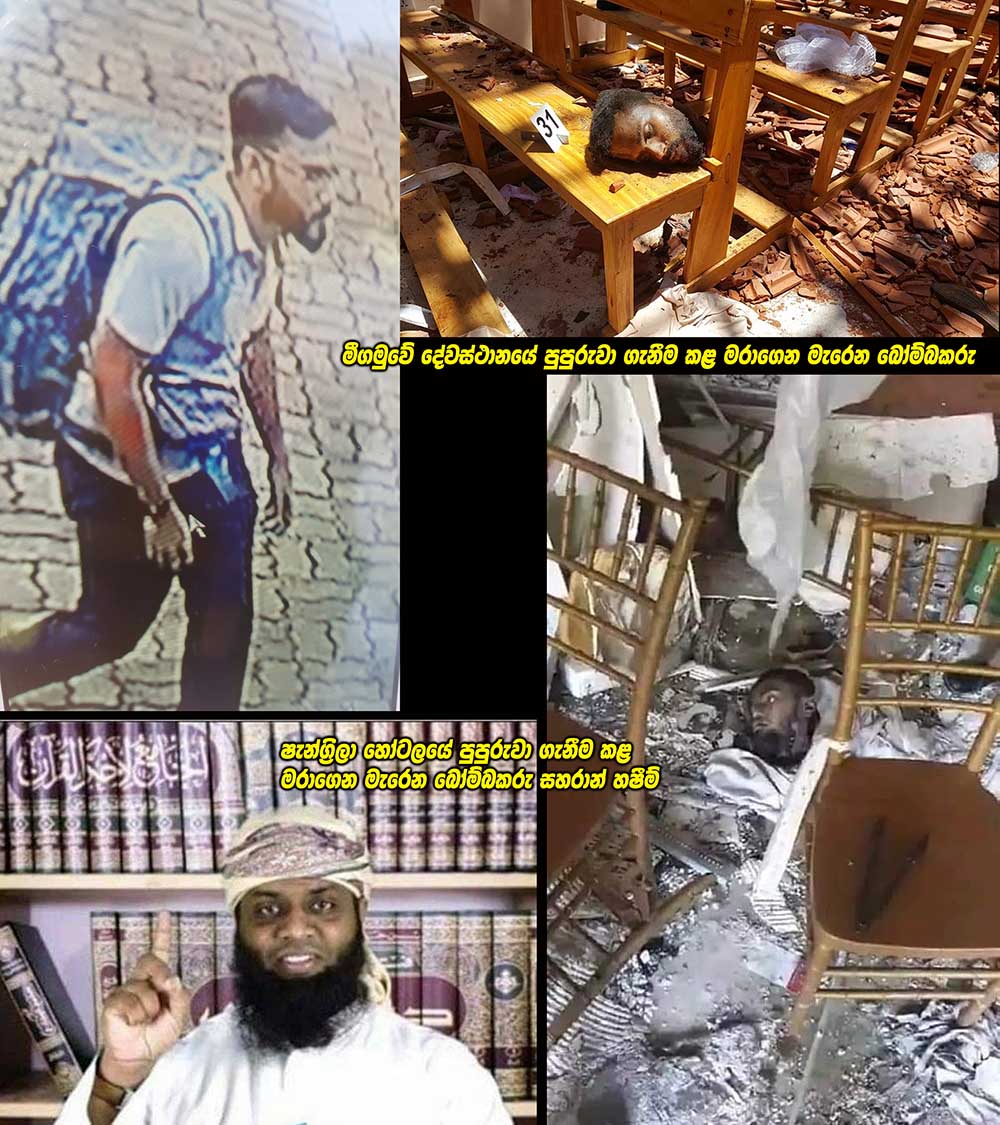 Meantime a bomb was exploded at Mahawila Gardens Dematagoda when the police surrounded the house. During the explosion a sub inspector and two police constables attached to the CCD died and one constable got injured. Three suicide bombers died during the explosion and one person was arrested. Altogether three people including two from the Dehiwala explosion has been arrested. All people arrested were Sri Lankans.

The government officially said 20 foreign nationals have been died during the explosion. Following the series of bombs an inland wide curfew has been imposed from evening 6PM. The government has blocked facebook, viber and watsapp due to the spread of rumors and hatred speech.

Schools and universities are being closed and special security has been given to dams and reservoirs.

The following are the pictures of the suicide bombers identified from the Shangrila hotel and the church at Negombo.