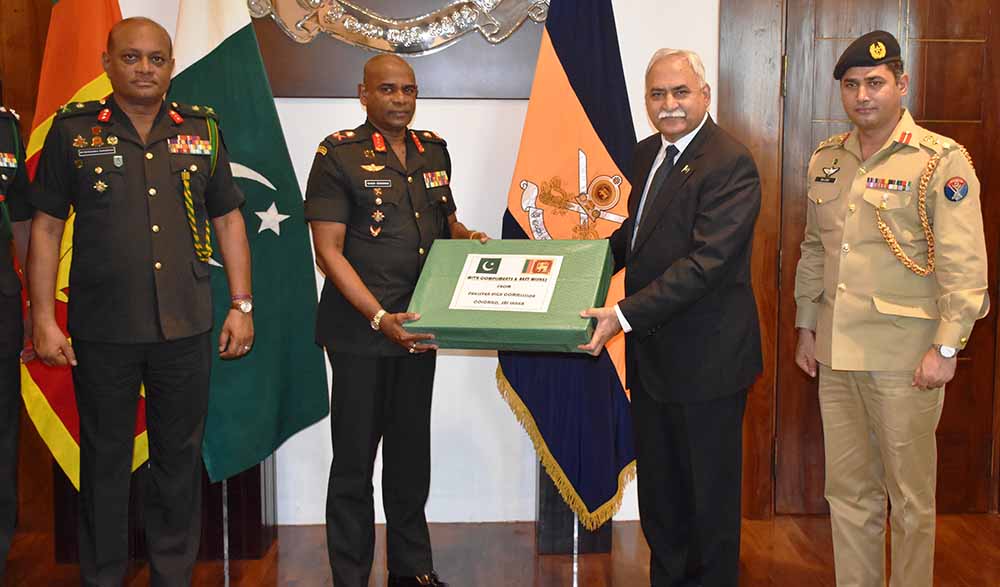 On the occasion, the High Commissioner of Pakistan appreciated the role of Sri Lankan armed forces in the UN Peace Keeping operations. He elaborated that relations between Pakistan and Sri Lanka are time-tested and based on mutual trust. He hoped that both countries will continue to make efforts for nurturing new vistas of cooperation in the years ahead.

He underscored that Pakistan has been the most significant and consistent contributor to the UN Peacekeeping around the world with the participation of over 150,000 troops since 1960. Pakistani peacekeepers have left no stone unturned in the noble cause of helping humanity, building peace and bringing stability across the regions, under the banner of United Nations, he added.

Sri Lankan Army Commander, Lt. Gen. Mahesh Senanayake expressed the gratitude over the assistance and said that it will help further improving the IT facilities at the Peace Keeping Training Centre.