Dhammadhinna criminal monk the rapist in another case stabs cop, his pregnant wife and her brother ! 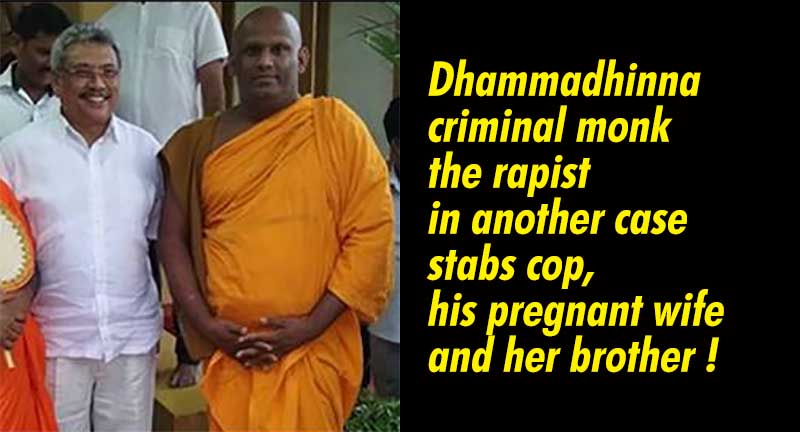 (Lanka e News -17.Sep.2018, 7.15PM) Pivithuru Hela Urumaya former M.P. Sigiriye Dhammadhinna ,a robed monk who is an accused in yet another criminal case in which he is charged with raping a woman who brought alms to his temple has stabbed a police officer , his pregnant wife and her brother with a knife based on reports reaching Lanka e News.

This police officer who is employed at the police headquarters has his house along the border of the temple. Following a dispute escalating over the dirt collected after sweeping the Temple compound being dumped into the land of the police officer ,the robed monk has stabbed the three victims aforementioned . All three victims have sustained injuries , and a complaint has been lodged with the police.

Dhammadhinna has made a complaint to the police that the police officer stormed into his temple residence and attacked him..